Baby flat head syndrome & plagiocephaly treatment with our paediatric physiotherapists and osteopaths in London at our practices in East London Moorgate Monument EC3, Belgravia Westminster SW1 and Clapham SW4 or at your home in London 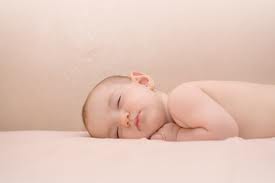 Baby flat head syndrome also called Positional Plagiocephaly is a disorder where the back or one side of an infant’s head is flattened, often with little hair growing in that area. It’s most often the result of babies spending a lot of time lying in the same position, either on their back or on one side if the baby also have a torticollis.

Even though the flat head has been considered to be a pure aesthetic problem, a recent case-control study led by Matthew L. Speltz, PhD at the Seattle Children Hospital – which included 235 infants with deformational plagiocephaly and 237 normal infants, found that the infants with flat heads had significantly lower mean scores on neurodevelopmental tests. It is important to know that the earliest this issue is treated, the better the outcome will be.

At Baby Physio London, our paediatric physiotherapist and osteopath are specialised in the treatment of flat head syndrome, stiff neck and torticollis on babies. They have years of expertise and extensive knowledge in paediatrics and can help your baby in only a few sessions if taken early enough.

If you cannot find an appointment that suits you or would like a home visit, call us or send us a message: we will do our best to find you a slot.

Our team of highly trained physiotherapists & osteopaths provide treatments at our practices in London:

In order to treat your baby in a familiar environment, we also offer home visits in London for the treatment of flat head.

Baby flat head can sometimes be the result of a congenital torticollis. Learn more about it and its paediatric physiotherapy and osteopathy treatments

What can physiotherapy and osteopathy do to treat baby flat head syndrome or plagiocephaly?

At Baby Physio London, every first session starts with a meticulous assessment in order to determine the nature and level of the issue, and to start a treatment program specifically tailored to your baby’s needs during the same visit.

Our paediatric physiotherapist and osteopath will use soft and gentle techniques, combining tissue massages and stretches to loosen up the muscles in your baby’s neck. By using different little games and exercises as well as visual and audio stimulation, they will teach your baby to turn their head on each side. The physiotherapist or osteopath will create also an exercises program to practice daily at home, as regular stimulation is one of the keys of a successful treatment..

These exercises, alongside physiotherapy and osteopathy treatments during the sessions, will allow your baby’s head to get back to its normal shape without any pain and discomfort. It is however advised to begin this kind of treatment early, in order to minimize the risk of permanent head deformity.

What is flat head syndrome?

Flat Head Syndrome is a familiar phrase that refers to multiple medical conditions, which include:

Typically, the average skull is one third longer than it is wide. Passage through the birth canal often makes a newborn’s head appears pointy or elongated for a few days. Because infants’ heads are soft to allow the incredible brain growth that occurs in the first year of life, they’re susceptible of being “molded” into a flat shape.

A baby’s skull is made up of several separate bones. It may be slightly misshapen during the few days or weeks after birth. However, if a baby develops a persistent flat spot, either on one side (Plagiocephaly) or the back of the head (Brachycephaly), it may be a sign of positional plagiocephaly, also known as flat head syndrome.

How to prevent positional plagiocephaly

What are the different types of baby flat head?

Positional or deformational plagiocephaly refers to a flattening of the right or left occiput caused by repeated pressure to one side of the back of the soft infant skull. Multiple terms have been used to describe this posterior skull deformation:

Plagiocephaly is, when looked at from above the baby’s head, one ear may look more forward than the other. Plagiocephaly literally means “oblique head” (from the Greek words “plagio” meaning oblique and “cephale” meaning head).

Deformational plagiocephaly (flat head syndrome) produces an undesirable effect on the aesthetic appearance. Baby flat head syndrome does not only lead to distortion of the skull shape but sometimes also facial asymmetry.

Brachycephaly refers to a condition where the head is disproportionately wider compared to its depth. The flattening of the occiput (the back of the head) is due to the constant pressure on the back of the head when staying in supine position (laying back).

Dolicocephaly is defined as the lateral head flattening in preterm babies. It is a common skull distortion due to the constant pressure on the sides of the head. This results in infants with long and narrow heads.

Torticollis is caused by the unilateral tightness or shortening (imbalance) of one or more of the cervical muscles (particularly the Sternocleidomastoid muscle). Plagiocephaly is often associated with a torticollis where there is some limit of active neck movements that leads to a preference for turning the head to one side.

Torticollis could be both a cause and effect of deformational plagiocephaly.
Some infants born with torticollis related to placement in utero during pregnancy or to a birthing cervical trauma, or from other underlying disorders develop plagiocephaly after birth. If the infant is born with congenital muscular torticollis, the turn and tilt of the head from the shortened sternocleidomastoid muscle initiates the side preference and the occiput flattens correspondingly.

Alternatively, the child could first develop a preference for head positioning with positional plagiocephaly, and the persistence of the head rotated in one direction could cause chronic shortening of the cervical muscles resulting in a torticollis.

If you cannot find an appointment that suits you or would like a home visit, call us or send us a message: we will do our best to find you a slot.

Book 10 sessions Get One Free

Mix and match any of our treatments  Physiotherapy, Osteopathy, Pilates or Personal training

Call our office or ask your therapist for details 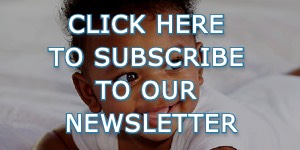