If you wish to leave a review on Baby Physio: CLICK HERE

“The physio put me at ease right away, explaining the procedure and our options going forward. During the treatment, he was gentle and kind with my 2-years old daughter. The result was positive: she was able to sleep with much freer lungs and less of the sticky mucus which had made her throw up the previous few nights.”
Tanja Giscard d’Estaing – About the treatment of French president’s granddaughter

“James is an excellent physiotherapist who cured both my newborn’s cough and distorted feet. His techniques are extremely efficient, and he is a very nice person, who will keep his patients accurately informed of what is going on.”
Judith S.

“The physiotherapist’s professionalism is a blessing and spares the mom from worrying, reading up useless internet forums and wondering whether to disturb the GP on the phone every other day!”
Charlotte C.

“It is reassuring to know a physiotherapist who comes on the day and who can relieve your baby from awful cough.”
Juliet D.

“Thank you for treating my baby for his stiff neck, he is now turning his head perfectly.”
Jade P.

“The technique is so efficient, I wonder why it is not more common in England. Thanks to French medicine.”
Laura J.

“Chest physiotherapy avoids my son to take antibiotic and from the second session he was sleeping better and me too 🙂”
Elizabeth W.

“I just wanted to take a moment to express what an excellent experience I had with your physiotherapist who treated my twin daughters on a number of occasions. Not only did she explain the procedure really well but also make it comfortable for me to trust her. One of my twin daughters especially suffered from reoccurring bronchiolitis and the procedure gave her much relief from severe wheezing and she was able to breathe and sleep better. This also allowed her to eat better which was another worrying aspect. The physio was not only able to come to our home the same day and within hours but also followed up to ask how my daughter was doing and progressing. She is warm and caring and a total pleasure. She is a great asset to your team at Baby Physio. I would recommend her in a heart beat – she is brilliant.”
Herdika P.

“My son suffered repeatedly from bronchiolitis and chest infections during the winter. The physiotherapist helped him a lot and now he hasn’t had any infection again for months.”
Jane S, Kensington

“My daughter felt very poorly with a chest infection. She couldn’t sleep and had no appetite. The physiotherapist help her breathe better, which immediately improved her sleep and eating.”
Lindsay R, Fulham

“My newborn son has been irritable and crying after feeding and vomiting very often. After being diagnosed with reflux, we had the osteopath visit us at home for treatment. He’s doing much better now and seems a lot happier after eating.”
Elena W, West Hampstead

“We struggled a lot with putting our baby to sleep and he would also wake up several times every night. After a few cranial osteopathy sessions we’re already making a lot of progress and I don’t need as much coffee in the morning!”
James K, Chelsea

“I was worried when I realised my son was developing a flat spot on his head because he couldn’t turn his head enough. The physio that visited us at home explained what torticollis was (I had never heard it before) and showed us some exercises we can do with him to fix it. Not only he’s moving better now but the flat spot is slowly disappearing as well.”
Lydia C, Camden

“Our beloved son was born with cerebral palsy and couldn’t move like other babies. It was very distressing for us and didn’t know what to do. The neuro physio has been so helpful, soft and kind. We see her on regular basis and the progress Charlie is making is remarkable. I don’t know what we would have done without her!”
Tom F, Notting Hill

“When my daughter didn’t crawl or walk around the same time other babies her age did, I was very worried about her development. A friend suggested to see a specialised physio who stimulated her during a few sessions and also showed us how to help her learn how to walk. She is now running around like every other child.”
Anna V, Highbury

“My son started complaining that his back hurt a few months ago. He was diagnosed with scoliosis and the physiotherapist worked on his posture and helped reduce the pain. We’re very happy with the results.”
Andrew P, Battersea 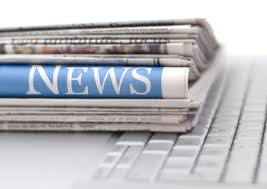 About pelvic floor rehabilitation for all women: Read Here

About pelvic floor physiotherapy rehabilitation to reduce incontinence and have a better life after pregnancy: 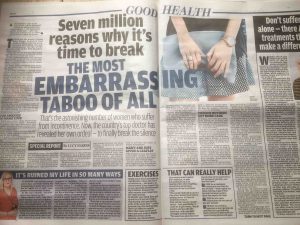 How to get back in shape after pregnancy: Read Here

If you want to receive news and offers from us

Book 10 sessions Get One Free

Mix and match any of our treatments  Physiotherapy, Osteopathy, Pilates or Personal training

Call our office or ask your therapist for details

You know those super fun moments when your children are screaming at each other while you’re trying to drive or make dinner or, you know, go to the bathroom solo for two minutes? Well, in those moments of pure mayhem and absolute chaos have you ever…
View on Facebook
·Share

What Postpartum Recovery Is Really Like ... See MoreSee Less

Your body needs some TLC after Baby arrives. Here’s your postpartum recovery timeline, with tips for helping you feel better fast.
View on Facebook
·Share

You Have to Read This Husband's Note About His Wife's Postpartum Loose Skin ... See MoreSee Less

Influencer Hayley Garnett shared an intimate note her husband wrote her about her postpartum body.
View on Facebook
·Share

Cindy is a Spanish #physiotherapist and an accomplished professional, highly qualified in physiotherapy for people of all ages: from children, women and adults to older people. She is able to treat a wide range of conditions in #MSK, #Orthopaedics, #Sports physiotherapy, #Pregnancy care and #Neuro physiotherapy.

Cindy is used to work with various types of patients, whether it is for #musculoskeletal pain and #rehabilitation (#back, neck, shoulder pain), sports injury and post #surgery rehabilitation, treatments for back pain during pregnancy, #lymphatic drainage, #stroke rehabilitation and fall #prevention in elderly or physiotherapy care for neurological disorders.

You can see Cindy at the Make Me Feel French Pharmacy in Clapham SW4, between Clapham South & Clapham Common. 😊

For more information or to book an appointment with Cindy, click on excellence-physio.cliniko.com/bookings?business_id=53716&practitioner_id=82687 or call 0207 125 0262 ... See MoreSee Less

Babies that are born at 22 weeks 'WILL now be resuscitated'

72 Percent of Surveyed Women Leak When They Run, But They Don’t Tell a Soul ... See MoreSee Less

72 Percent of Surveyed Women Leak When They Run, But They Don’t Tell a Soul

Baby Physio is at Make Me Feel.

Our experts in osteopathy and physiotherapy are at your services at @makemefeel Clapham in our therapy room! Treat your pain, injuries and issues with #physiotherapy and #osteopathy!

Visit our physio & osteo at the Make Me Feel French Pharmacy located between Clapham South and Clapham Common in SW4.

Or to book an appointment:
excellence-physio.cliniko.com/bookings?business_id=53716

Nerve transfer surgery shows promise in restoring some hand movement for people with tetraplegia after a spinal cord injury.
View on Facebook
·Share

Did you know #Osteopathy can help rebalance your body as well as your baby’s after going through delivery?

By working on the structure of the body and releasing any tension you or your new-born might be feeling, cranial osteopathy will be a great help in treating #postnatal conditions and overall stress 👩🏼👶🏼

Amel, specialised osteopath, can help you realign your body and mind by seeing you in the therapy room in @MakeMeFeel Clapham in South West London SW4!

Or to book an appointment:
excellence-physio.cliniko.com/bookings?business_id=53716&practitioner_id=82823

Baby Physio is at Light Centre.

✨ SPECIAL OFFER ✨ FOR MONDAY ONLY

Come see our physiotherapist at the Light Centre in Belgravia on MONDAY 21st October and get 20% OFF YOUR INITIAL SESSION.

Simply give the code LIGHT20 when booking your appointment.

We only have a few slots left so hurry up!

Our physio has many years of experienced and can provide: